The Big Dig’s Legacy: Beauty, Vibrancy, and Innovation on the Rose Kennedy Greenway

An elevated highway that once marred the cityscape of downtown Boston has been replaced with 1.5 miles of grassy commons and lush gardens called the Rose Kennedy Greenway. This transformation is the product of Boston’s Big Dig, the infamously expensive project to reroute Interstate 93 through a 3.5 mile tunnel in the heart of the city. Jesse Brackenbury, Williams class of 1997, is now the Director of Operations of the Rose Kennedy Greenway Conservancy, and he spent his Log Lunch describing how effective public space is has become a byproduct of the Big Dig.

In particular, Brackenbury focused on the role of art in creating public space within the Greenway. For example, the park will soon open a carousel with characters inspired by the drawings of Boston schoolchildren. Some of the Greenway’s art, however, has stirred controversy. One such installation is the 70’x70’ mural by Brazilian graffiti artists Os Gemeos due to its size and colorful design. Even Fox News weighed in on the artwork, but Brackenbury wryly accepts the criticism commenting, “Public art is supposed to inspire public dialogue.” 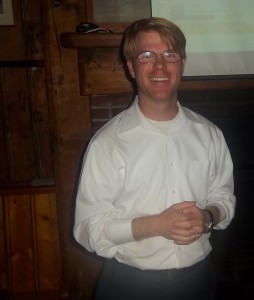 The Greenway’s gardens complement human art with nature’s beauty, but the gardens have a utilitaritian purpose too producing the most local food in Boston. While other cities may look to the Big Dig as an example of what not to do in urban planning, they can look to the Greenway as a model for successful transition from pavement to park.

College events are closed to the public for now, with the exception of admission tours. Visitors are welcome outdoors and in select buildings. See the Visit page of our Covid website for full details. The site also includes health and safety information for students, faculty, staff and families.